The G&G is a young company, founded at the beginning of the year 2013, which still has its roots in a basic training in the field of materials engineering and in nearly two decades of experience of its founder, eng. Gianluca Gottardi, gained in various fields of engineering.

The eclecticism is precisely the strength that lies at the base of the G&G and allowing it to meet the most varied demands and problems with a 360 ° view.

In particular, the G&G aims to bring forward, or rather to consolidate a path already started within the last company of which the engineer Gianluca Gottardi has been part of. It is within this world leader company in the field of furnishing components,, in which the engineer worked initially as R & D director and then also as technical director, going to fill the role vacated by one of the partners, that took place the complete maturation of the his person and of his goal.

The maturation that has passed through the development of very innovative products, presented to the most important trade fairs in the sector, starting from the modular lightweight composite carbon fiber staircase, the massive use of glass as a structural element, to the ‘totally custom’ lines, to end with the genial helical staircase that you can climb (and descend) simultaneously from two different sides without ever meeting, inspired by the helix of DNA and hence called ‘DNA’.

Thanks to this great desire to ‘get in the game’ and to innovate, despite its still embryonic state, the G&G can already boast of world-wide achievements and collaborations. From the executive design of the railing ands staircases inside the Grimaldi Forum in Monte Carlo (Concept Eva Jiricna Architects) to the start-up of a staircase construction company in the Middle East. From the realization of staircases, walkways, railings, canopies, balconies for various private residences in Russia, Canada, France and Italy to the study of innovative materials and solutions. 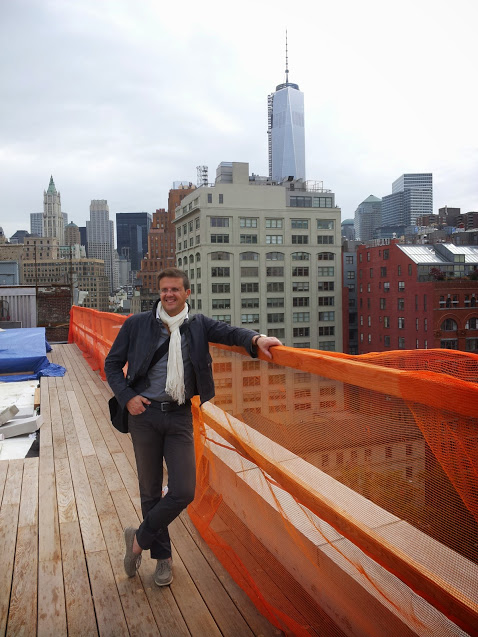 The uniqueness of the company lies in the fact that it integrates, within a single subject, design and development, implementation and installation, function often entrusted to different entities not always interfacing at best to achieve excellent results. The G&G, on the other hand, can support its customers both in all aspects of design (rendering, architectural design, executive design,  FEM analysis, choice and engineering of materials, etc.) both in the ‘all inclusive’ delivery of the product (from concept to installation) by making use of specialized companies and selected ‘ad hoc’ for the specific needs of each supply.

Aware that the important ingredients are professionalism coupled with a pinch of ‘craziness’, G&G is strongly determined not to undergo the situations but to dominate them by setting as the first objective service and customer satisfaction.

A positive contribution to the force of the G&G is given by the solid group of artisan and partners whose services it uses. 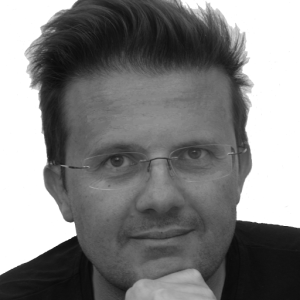 Gianluca developed a passion for building things, for nature and beauty.
​Gianluca oversees the creative direction as well as business development.

Product and servicequality are also measured on the basis of recognition of the same by third party institutions, which is why the G & G has always placed a lot of attention so that its products and processes meet the highest regulatory standards. 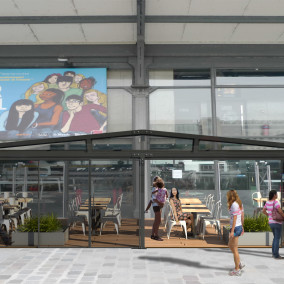 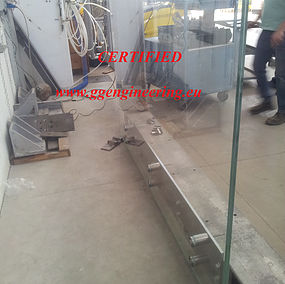 Tests carried out at the Istituto Giordano, prove the quality of the design and materials used in the making of this glass railing. The railing in fact, brilliantly exceeds the stringent French regulations and even the Italian ones guaranteeing resistance to static load up to 200 kg / m.

The basis of our work is always the desire to go ‘beyond’, to try for new way and this leads in some ‘lucky’ cases to create works truly unique and innovative. 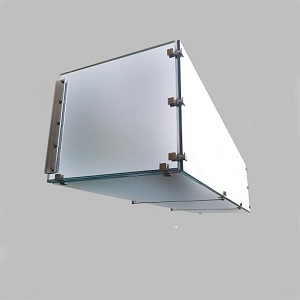 Very innovative as daring, the first balcony in the world made entirely of glass has been worldwide patented, at the WIPO (World Intellectual Property Organisation) at the Hague System for the International Registration of Industrial Design.